In her victory, Findlay made good on a vow she made after being defeated by Hogg in the 2017 byelection for the riding.

“We’re going to go all the way in 2019,” she had told cheering supporters after ceding defeat in that race.

At that time, she noted that the snap election called by the Liberals had left her only four weeks to campaign after being confirmed as Conservative candidate.

The riding had been called for Findlay Monday night before she arrived at her party at Townhall Public House.

As she entered, joined by her husand and three of her four children, Findlay was greeted with loud cheers.

“We made a big effort, we’ve worked hard and I’d say we left nothing to chance. We just kept working right up to the very end and that kind of work and dedication and passion really pays off, and I thank you,” Findlay said, addressing the crowd.

“I want you to know that I’ve spoken with Gordon Hogg tonight.

Findlay told the crowd that she thanked Hogg for his many years of service to the community.

“He said that he will work with me if I need him to … no doubt I will ask him for some advice from time to time.”

Offering Findlay his congratulations, Hogg thanked his own supporters and vowed to continue giving back to the community.

“I’m so honoured and blessed for the support that I’ve had from this community for 40 years. I say thank you for that and I’m not going anywhere. I live here and I’m going to make any contributions I can for this community.”

Hogg added that he was quite proud to flip a traditional Conservative seat to the Liberal party. And that he hopes initiatives he focused on during his time in office continue to get attention.

The South Surrey-White Rock riding was declared for Kerry-Lynne Findlay before she could get to her own party. Supporters are waiting for her arrival. pic.twitter.com/gHQVh5H9fl

Raised on Vancouver Island, Findlay spent her teen years in South Surrey and White Rock after her parents moved to the Peninsula.

She has been an advocate for constituents, business owners, farmers, fishers, seniors, youth and others in the region, and worked co-operatively with local mayors and councils, first nations and provincial authorities to gain funding for such infrastructure projects as the South Fraser Perimeter Road and the Tsawwassen First Nation facilities upgrade.

Findlay’s support from voters in the current campaign came in spite of receiving some criticism that she had not attended an all-candidates meeting organized by the Peninsula Homeless To Housing Task Force and also after declining to participate in a candidate questionnaire published in the Peace Arch News.

Her election also signals a return to the right by local voters, checking advances made by the Liberals, NDP and Green Party in recent years.

Hogg’s by-election win in 2017 had made history for the Liberals – marking the first time they had won the local vote in a federal election since 1949, when the Peninsula was still part of the New Westminster riding.

The area had long been considered an unassailable conservative stronghold, with local voters consistently sending conservative politicians – whether running as Progressive Conservative, Reform, Canadian Alliance or Conservative candidates – to Ottawa since the early 1970s.

But the Peninsula underwent a noticeable political shift after the South Surrey-White Rock federal riding was established as the result of a 2012 federal electoral boundaries redistribution, and has subsequently been closely contested between Liberal and Conservative candidates.

In the first election in which the current riding came into effect, on Oct. 19, 2015, former Surrey Mayor Dianne Watts won the riding for the Conservatives by a comparatively slim 1,439 margin over Liberal Judy Higginbotham.

When Watts resigned her seat for a bid at the provincial B.C. Liberal leadership, it triggered a by-election, on Dec. 11, 2017, in which Hogg won over Findlay by a 1,617 vote margin.

For a decade prior to 2012 the local riding was South Surrey-White Rock-Cloverdale and was was carried by a commanding margin by Conservative Russ Hiebert in elections in 2004, 2006, 2008 and 2011. 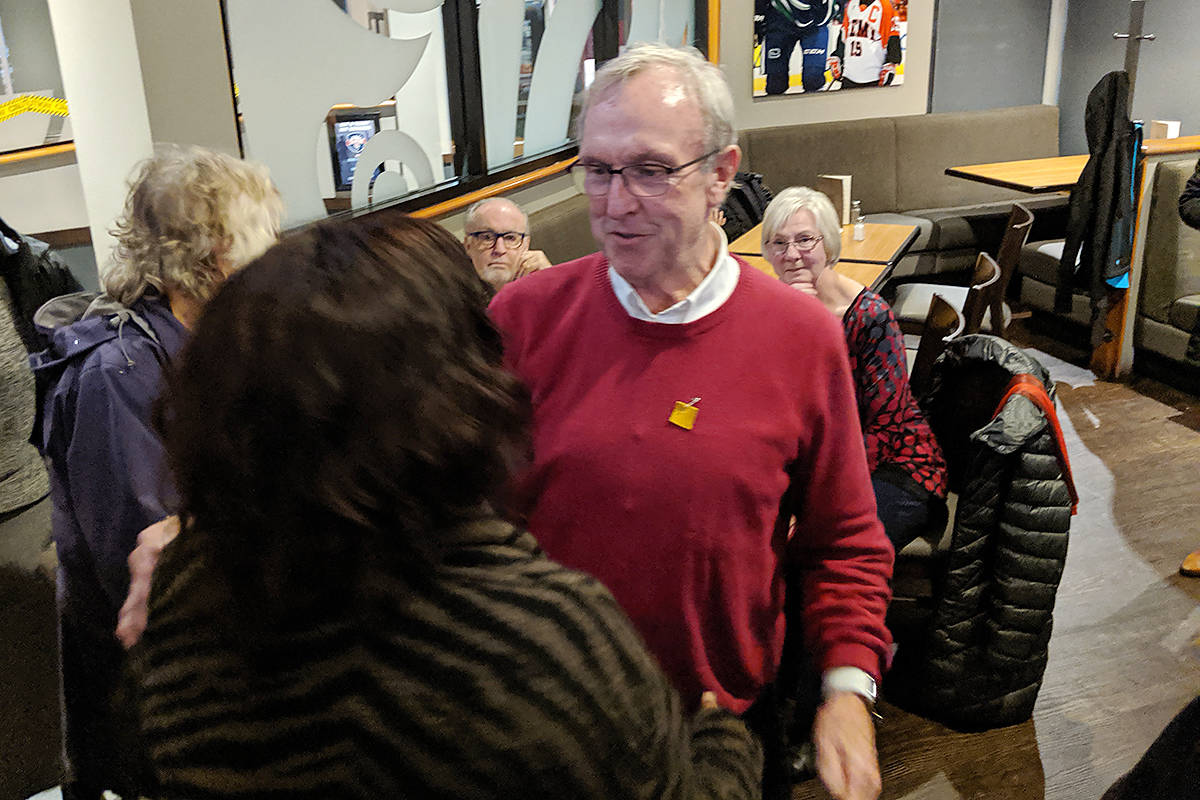 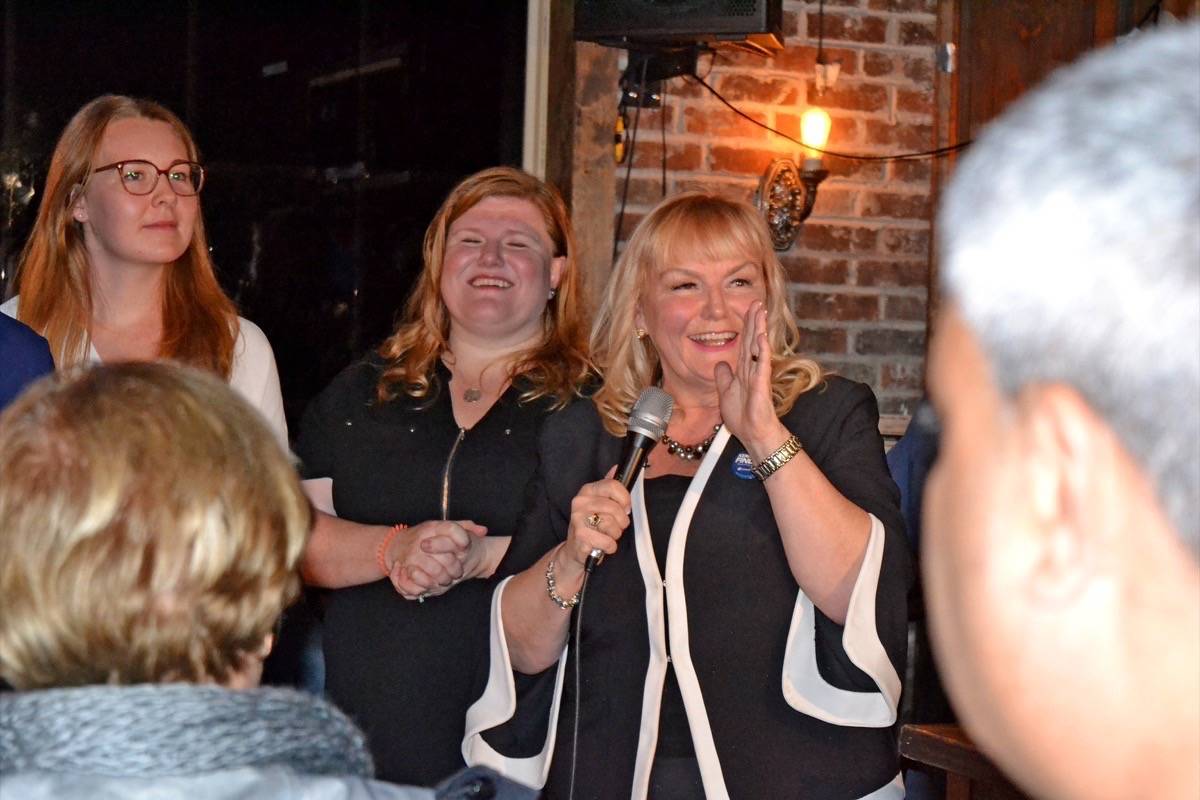 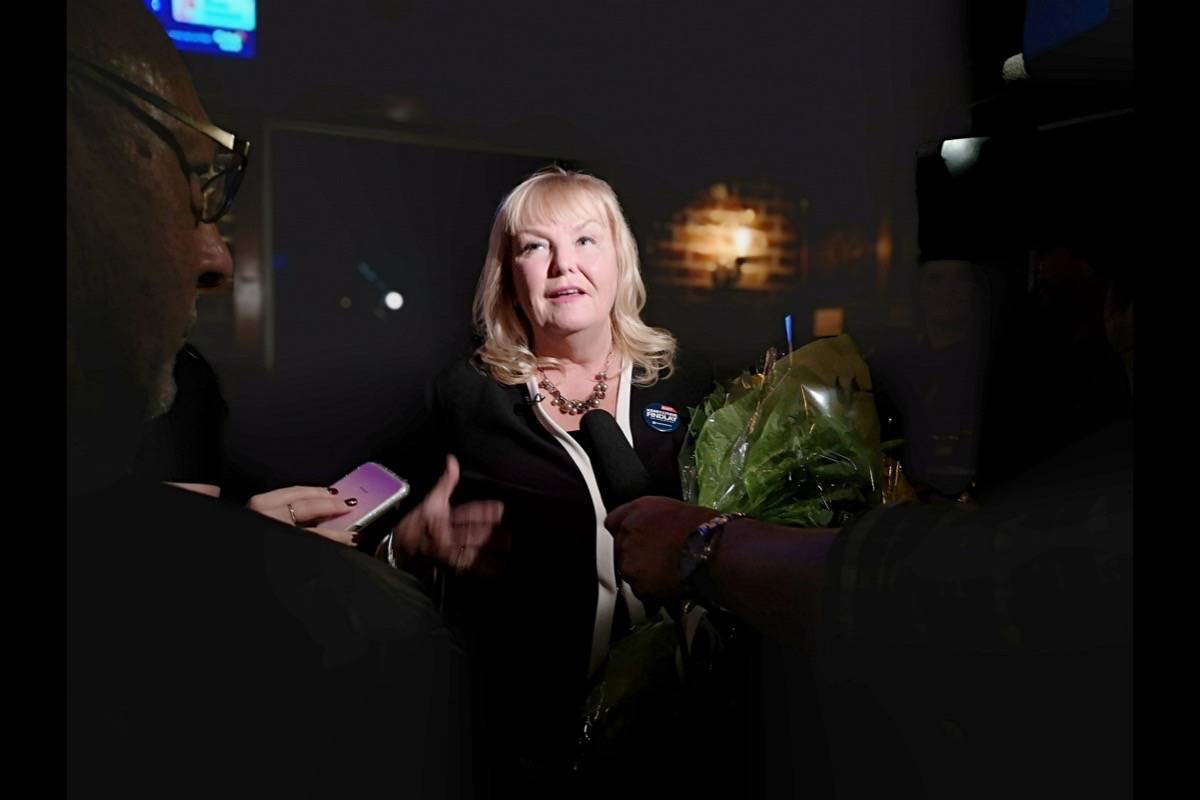