The Surrey Eagles’ annual Sock Toss to help the homeless happens Friday, Feb. 7 – here’s how you can help:

Retired fire captain Tim Baillie is the event’s main organizer. He saw the struggles of homelessness first-hand as a firefighter, and has built many lasting friendships. Twenty years ago he started a program to feed the homeless, and for the last nine years he’s been raising funds and awareness through Toque Tuesday. The Surrey Eagles have been partners for the last three.

“He’s done a fabulous job over the last few years,” says Surrey Eagles GM Blaine Neufeld, “We’ve had an absolute joy of a time getting involved.”

The goal is “to have fun around a very serious subject,” Baillie says.

The suspense is already mounting about when the Eagles will score, triggering this year’s sock toss.

“Last year the Eagles scored 20 seconds into the game, and people stopped buying socks! I told them this year they’ve got to hold off until the third period,” Baillie jokes.

This year fans will probably keep buying socks well after that first goal, with custom Eagles designs and all proceeds going to a good cause.

“Let me tell you, the four designs Your City Sports made are spectacular,” Baillie says.

But you have to go to the game on Friday night to get your hands on a pair!

The Eagles’ sock toss Feb. 7 is just part of the fun. Every year Baillie dresses up in his Supreme Commander costume and hosts a road hockey tournament at Surrey Civic Plaza. Watch the Pacific Community Resource Society take on the Surrey City Council and listen for Baillie’s creative nick-names for all the players. The Surrey Eagles will be there too, supporting a good cause and taking a break from the intensity of the play-off push.

“We have a new group every year, but every year it’s something the guys they say ‘Can we do more of this sort of thing? That was a lot of fun!’” Neufeld says.

Know a community cause that could benefit from the Eagles partnership? Email info@surreyeagles.ca with your enthusiasm and ideas! 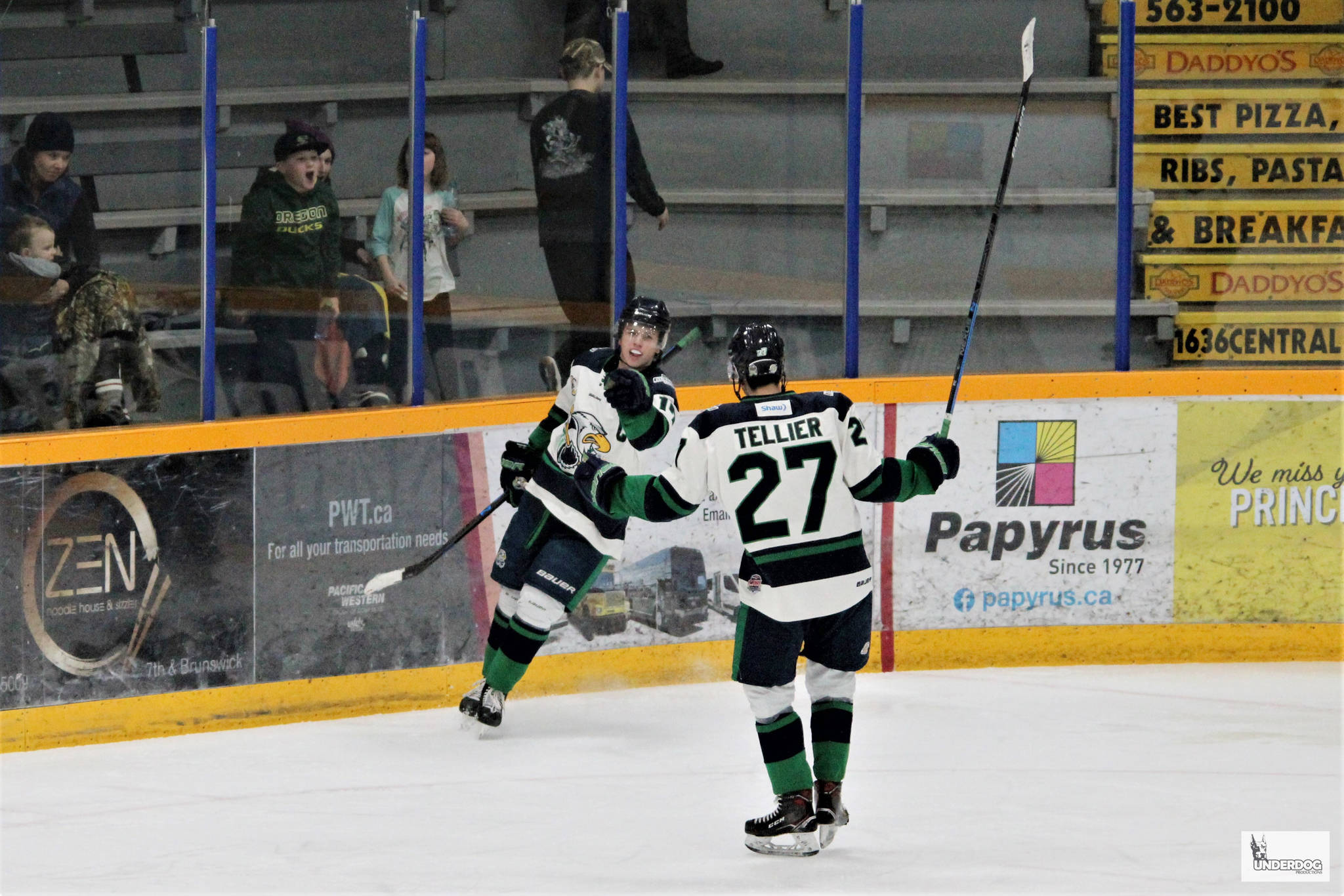 Come out to the Surrey Eagles Sock Toss on Feb. 7 at 7 p.m. to pick up your Eagles socks and help the homeless!