Surrey Councillor Linda Annis says the city should look to UBC Properties Trust as an answer to Mayor Doug McCallum having recently dissolved the Surrey City Development Corporation to bring its operations in-house.

In June the city took over SCDC’s assets as Surrey continues to struggle under a $42 million deficit as a result of the pandemic.

McCallum characterized the move as an exercise in streamlining. But Annis said she’s “increasingly worried” it will result in city land being sold off.

“We have only so much city land and when it’s gone it’s gone,” Annis warned. “Today our land portfolio is worth some $250 million, and we should be leasing it, rather than selling it for a quick hit of cash that does nothing for the future of our city.”

Annis says a lot can be learned from the UBC model, “which typically leases for 99 years.

“In the process UBC takes home a big dividend each year, giving the university an ongoing and sustainable stream of new revenue,” she explained. “In fact, since its inception in 1988, the trust has endowed UBC with $2 billion.”

Annis argues that Surrey needs to adopt a model “that puts our land to work, but keeps it owned by the people of Surrey.

“The UBC Properties Trust model is certainly worth looking at and its results for UBC are terrific and long lasting,” she said. “I worry that when our land is inside city hall it also becomes vulnerable to politics, where it becomes too easy to simply sell off our land as a knee-jerk decision or way to solve a temporary issue such as a deficit.

Annis said she intends to introduce a notice of motion at the Monday, July 27 “virtual” city council meeting calling on a “major” accounting and consulting firm to “review Surrey’s land portfolio and make business model recommendations that leverage the land through leasing rather than selling it.”

She noted in a press release Wednesday that over the past seven years the SCDC, which was founded in 2007, paid Surrey $36 million in dividends and there’s a cumulative surplus of $46 million “for reinvestment” in future projects.

“Our city’s land assets belong to everyone in Surrey, including future generations,” Annis said. “Every Surrey city council should be looking to make sure we hold onto our land for generations to come. When we own our land we have options, opportunities and dividends for years to come. But, when that land is sold we get one cheque and that’s it, it’s gone for good.”

Firefighters rescue dog that fell into ‘Abyss’ crevice in Nanaimo

Return to school to be delayed, says B.C. Education Minister 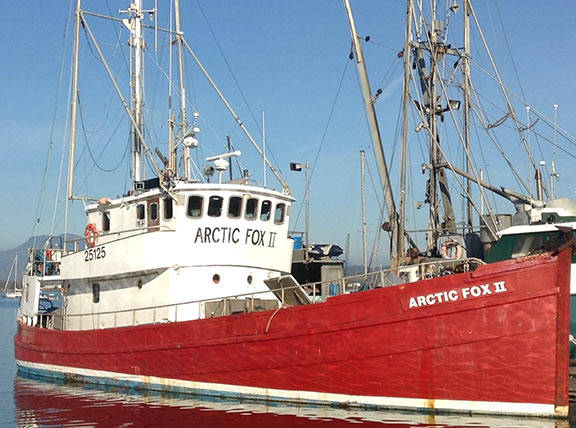 One dead as fish boat sinks off southern Vancouver Island

The province has recorded no new deaths in recent days

Harris and Biden plan to deliver remarks Wednesday in Wilmington

Wedding rings of Michelle Buchan’s have since been recovered, but much is still missing

‘Agitated’ man pulls out knife on 3 people in Abbotsford

Witnesses sought for incident on Monday night near city hall