Through the gift of song, Vancouver Zion Mission Choir will help provide the gift of life.

The celebrated 160-member Christian choir, formed in 1982 as a non-profit, non-denomination organization, will sing-in its 35th anniversary with a special concert on Oct. 7 at the Chan Centre of Performing Arts in UBC, with proceeds going toward the purchase of advanced thoracic surgical equipment for Surrey Memorial Hospital.

The choir aims to help buy a cutting-edge cancer treatment machine called an RFA, or Radiofrequency Ablation system, which comes with a $117,000 price tag.

The announcement was made at a luncheon at the Sheraton Vancouver Guildford Hotel on Tuesday. It featured a prayer in which Peter Chung, president of the Vancouver Zion Mission Choir, thanked God for Surrey Memorial Hospital.

“I pray you will continually bless that hospital so it will serve more people,” he prayed. “I thank you that Zion Mission Choir can play a small role in this.”

(He even thanked God for the reporters who were there.)

“Every year we do fundraising for a good cause,” Chung said. “Last year one of our choir members died of (pancreatic) cancer, and this year we have another member with lung cancer. She never smoked, she was in good health. We all went to Korea last year, we took 120 choir members to sing there and she was fine, and then when we came back we found out she developed lung cancer.

“As a result of that we prayed about this and said we’ve been doing a lot of these overseas things like water well projects for Tanzania, and feeding North Korean orphans and all that kind of stuff and we said, you know, we should take care of our community too.”

The Chungs have helped people in Togo, orphans in Paraguay and tuberculosis patients in North Korea.

“I used to serve as a honorary consul for Paraguay, in Vancouver,” Chung said.

“We believe that doing good, to the communities and others, that’s what brings us happiness. Everybody’s really excited about this and all the choir members are practising five hours a day, three days a week, ready for this concert. It’s basically Christian music, we sing a lot of hymns. All the choir members are Christians; the oldest member is 90 years old, still singing. Next year we are invited to Israel. About 120 of us will go there. We’ve got 160 all together.”

There are 37 Korean churches in Metro Vancouver and the Fraser Valley. Chung said the choir, through this concert, is hoping to raise over $100,000.

Yolanda Bouwman, director, major gifts, for the Surrey Hospital and Outpatient Centre Foundation said the foundation is in the final stages of a thoracic surgery campaign.

“It will help us buy a specific piece of equipment, which is fabulous,” she said of the concert.

“It’s a special piece which is going to help with throat cancer. We would be the only hospital in B.C. that has that particular piece of equipment,” Bouwman added. “The doctors Chung have very generously said they will commit $50,000 and match any other gift that comes in, and we have found some other donors who have taken up their challenge so after this concert we’re pretty sure we will be there.”

What does the RFA do?

“Well, they go down through the throat with this piece of equipment,” Bouwman explained, “and it actually burns the cells in the esophagus where the esophagus meets the stomach, and it burns off the cancer.”

It’s used to treat Barrett’s Esophagus, a disease caused by acidic stomach contents flowing back into the esophagus, damaging its lining.

“This piece of equipment is part of a bouquet, as it were, of five pieces that we’re bringing in,” Bouwman said. “We’ll be the only centre in Canada with all five of these pieces and they’re all part of that MIS, minimally invasive technique. So for instance we have a piece now where we can do lung cancer surgery, take the cancer out of your lungs, no incisions. No stitches. And it can find cancer at a much younger stage. Our surgeons are among the best in North America. They do a procedure called minimally invasive surgery – some people call it keyhole surgery and we probably have some of the top surgeons in North America doing that.

Bouwman said there is a shortage of thoracic surgeons in Canada.

“Now we also train the next generation of surgeons and there is a shortage in Canada of thoracic surgeons,” she said. “There aren’t a lot of places where they can train to do these minimally invasive techniques so sometimes they end up going to the States to do that which is alway a tense thing, because sometimes they don’t come back. We want them to come back.”

Jane Adams, president and CEO of the Surrey Hospital and Outpatient Centre Foundation, said she met the Chungs through their generosity in helping realize in May a one-of-a-kind unit at SMH for children throughout the Fraser Health region who are struggling with mental illness.

“So we met the Chungs through their very generous donation and their interest in supporting youth with mental illness. More recently Dr. Stephanie Chung, who is the director of this internationally renowned choir, brought this opportunity to us.”

The RFA, Adams said, is “a piece of surgical equipment that’s used to save the lives of people who are suffering from cancer of the throat.”

Peter Chung noted it would be one of a kind in Canada.

“Absolutely,” Adams confirmed. “We are fortunate that at Surrey Memorial Hospital we have a group of cancer/chest surgeons who are among the best in the world. If you look at their outcomes in cancer surgery they have the best in the world and this piece of equipment, in their hands, will just be life-saving for the increasing number of people who are suffering from throat cancer so it will be the first piece of equipment of its type in Canada.”

The Surrey Hospital and Outpatient Centre Foundation every year raises between $6 million and $7 million, Bouwman said.

“Our goal is to always push the envelope, to bring in better and more innovative programs, research, equipment.” 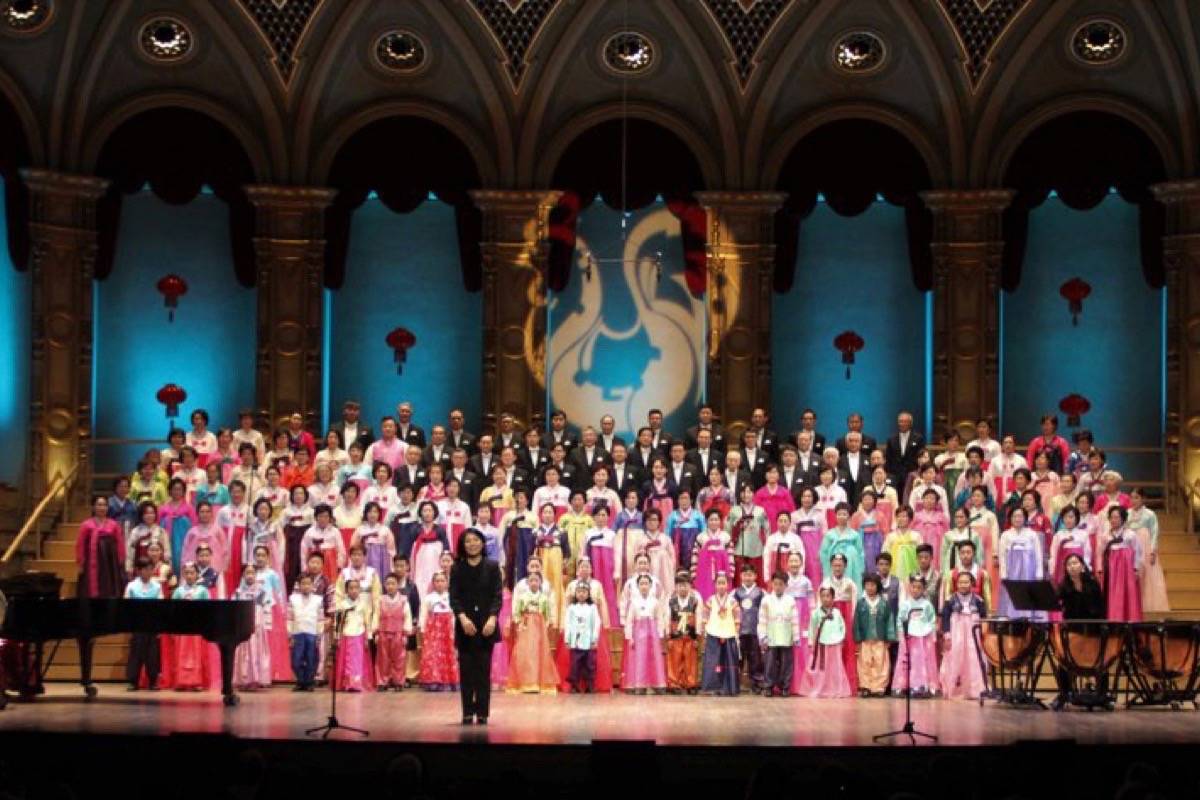 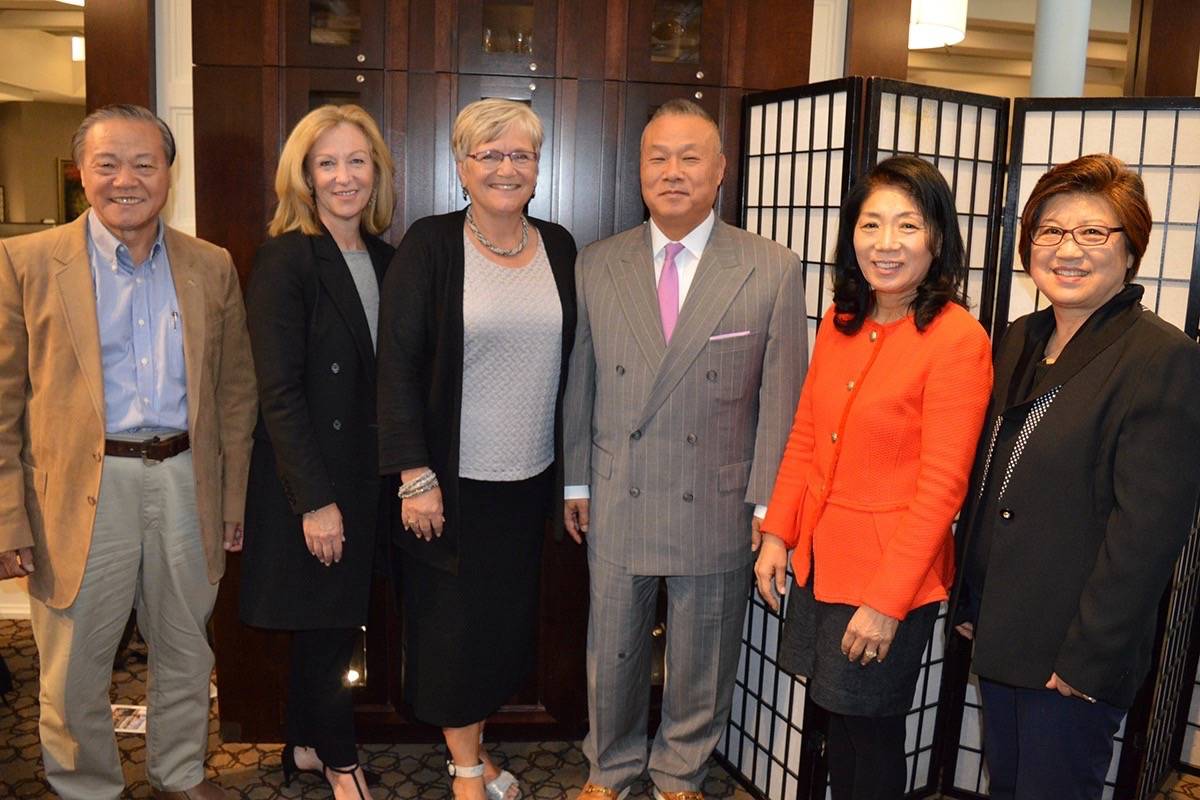