You go to most job interviews and… trust me… your ‘five-year plan’ is bound to come up.

As in: Where do you see yourself in five years?

At my last job interview, a while back, Linda cut to the chase: How long did I see myself serving as Peace Arch News’ editor?

I didn’t know. Three years? Six? Maybe only a month or two, if things went south.

I honestly had no idea. And I think it was this candor that earned a second interview, then a third – with the head of Black Press, no less.

(Three interviews! Perhaps I should’ve guessed then that I was a courtesy interview – cause for more laughter later, when Linda shared this tidbit – and that I wasn’t initially anybody’s first, or even second, choice.)

Those interviews were conducted back in 2007, after the winter break, and I don’t think anybody up or down the chain of command would have predicted I’d still be here a dozen years later.

A lot has happened since. There’s been the good (personal friendships, professional awards), the bad (the evolution of journalism and the waning of attention spans); and the tragic (publisher Linda was only one of many kindhearted souls whom we’ve lost too soon along the way).

However, as I prepare to say goodbye to my remaining work friends – at the end of today (Friday), after sending next week’s early Christmas edition to press – I wanted to reflect on the pride of being part of a team welcomed, since long before my arrival, into this community and a business success story in its own rite.

Regrettably, there’s not enough space in our print edition for all my words… to highlight those co-workers present – and past – who have made me a better person; to thank those community members who have helped us create an informative, entertaining newspaper; to honour the subjects of articles, who have shared experiences and/or world views that have impacted me deeply.

I hope this suffices.

I also hope it is recognized that those who will continue to report on our communities pay a personal price for dealing with issues of humanity day in and day out. There are two things I will not miss: the unceasing (until tonight) deadlines, and, to a far greater degree, having to wade into the conflicts that dominate the most ‘clicked-upon’ news.

Yes, I’m looking forward to a bit of down time.

Before I sign off this one final column and step into an uncharted career path, know that it’s been my privilege to serve as PAN’s editor these past 12 years.

When I first interviewed for the position, I likened it to a stewardship that propagates open conversation involving voices from across the spectrum. Unlike jobs that are accountable solely to an individual or board, I have always felt that I report to you, the reader, as I put myself out there, asking for your trust.

I hope all but the most partisan will feel I earned it.

Lance Peverley is serving his final day as the editor of Peace Arch News. 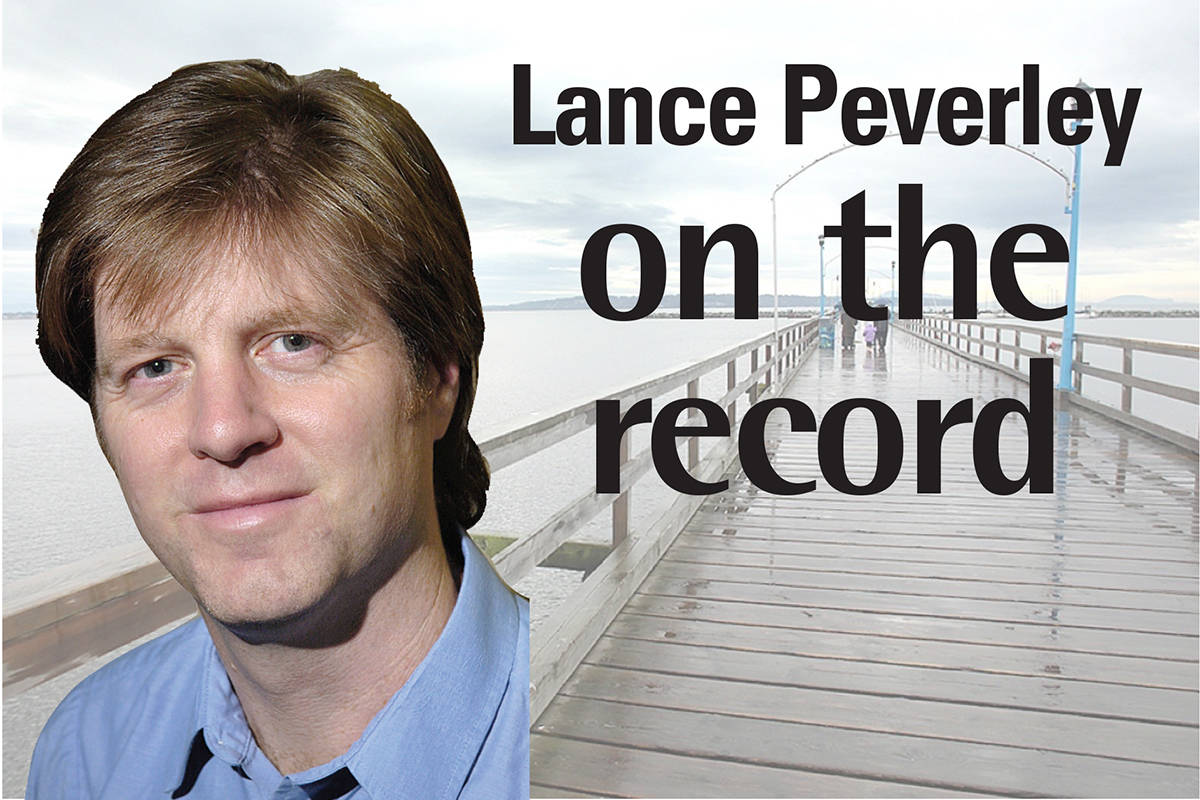 LETTERS: Don’t curb the rights of the many

Return to school to be delayed, says B.C. Education Minister

One dead as fish boat sinks off southern Vancouver Island

The province has recorded no new deaths in recent days

Harris and Biden plan to deliver remarks Wednesday in Wilmington

Wedding rings of Michelle Buchan’s have since been recovered, but much is still missing

‘Agitated’ man pulls out knife on 3 people in Abbotsford

Witnesses sought for incident on Monday night near city hall