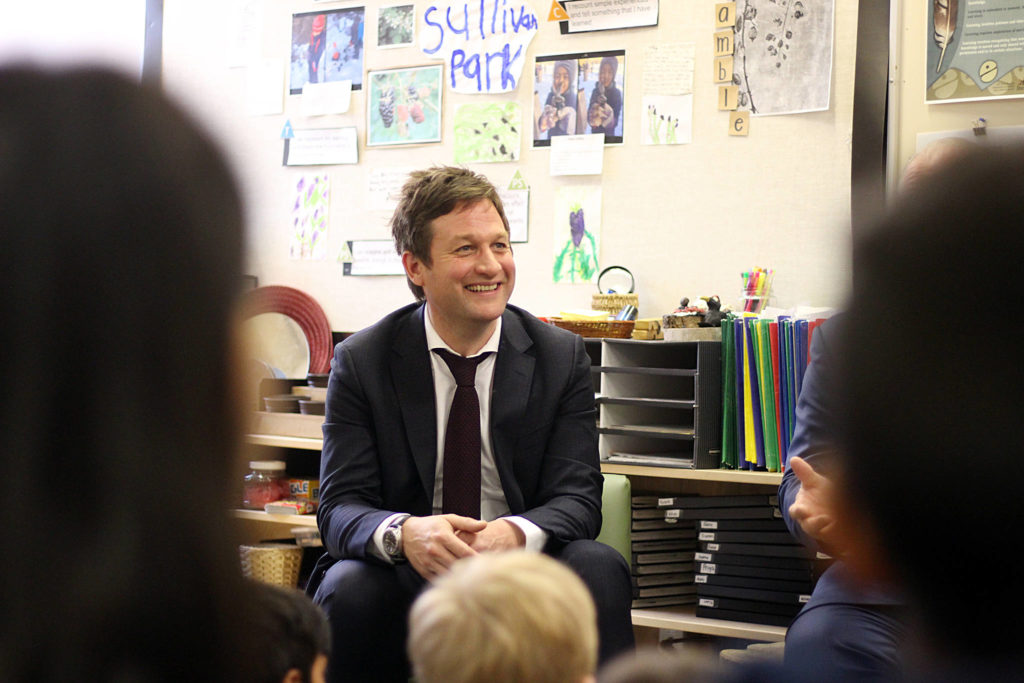 The provincial government has announced two Surrey schools will be receiving up to $21.4 million in funding for seismic upgrades.

Education Minister Rob Fleming made the announcement at Holly Elementary on Sept. 3, the first day students were back to class after the summer break.

Holly and George Greenaway elementaries will receive the upgrades. According to the province, both schools have a high seismic risk rating and need to be upgraded to ensure students will be safe in a major earthquake.

“This is great news for Surrey families, who will soon have the comfort of knowing their children’s schools will be able to stand up to an earthquake for decades to come,” said Fleming in a release. “Our government is working hard to give every student the best learning experience possible in safe environments, and this is one of the results of that work.”

Work on both schools is expected to begin in summer 2020.

The province says the upgrades are expected to be complete by the fall of 2021, and that students will remain on-site while work is completed at both schools. Some temporary classrooms will be brought in to upgrade the schools as “efficiently as possible,” according to a release.

Seismic upgrades were also recently completed at Bear Creek Elementary and an upgrade is underway at Mary Jane Shannon Elementary. Those projects were announced in December of 2017.

“I’m glad to see the government’s commitment and progress to make our schools seismically safe through these latest projects,” said Laurie Larsen, Surrey Board of Education chair, in a release. “I know this kind of work is unavoidably disruptive, so I thank our staff, students and parents at Holly and George Greenaway schools for their patience in advance while this important work is underway.”

SQUEEZING SURREY STUDENTS IN: The causes and impacts of overcrowding in city schools

A provincial government release states that school construction in Surrey is proceeding “three times faster under this government.”

“Since September 2017, the Province has announced nearly $250 million for school capital investments, including seismic upgrades, new and expanded schools, and land purchases for future schools in Surrey,” the release adds. “This includes creating a total of nearly 2,100 safe student spaces. In addition, about 7,365 new student spaces will have opened in Surrey between September 2018 and September 2021, and about 2,100 more are currently under business case development.”