A man whose vehicle was vandalized in a South Surrey parking lot in broad daylight last month is hoping dash-camera footage of the incident will help police identify the culprit.

Dannie Chang said his Tesla Model 3 was keyed on Sept. 15, while it was parked at Sunnyside Village – the strip mall at 2381 King George Blvd. – in front of the Caprice movie theatre and Maple Sushi.

The brazen act was captured on his vehicle’s dash cams.

“A man walked by my car and key scratched my left side front and rear door, he acted so naturally, it seems it’s not his first time of doing this,” Chang told Peace Arch News by email.

In first of two 59-second videos – recorded at 12:07 p.m. – a man wearing a dark jacket, jeans and ball cap can be seen for the first eight seconds. As he approaches, he shifts something yellow from his left hand to his right, then reaches into his left pant pocket.

In the second video, a person who looks to be the same man can be seen entering the frame at the nine-second mark, and, with his left hand, casually dragging what is presumably a key along the length of the Tesla’s driver side before continuing on his way.

The damage takes two seconds to inflict; the culprit rounds the back end of the adjacent vehicle and disappears out of sight by the 13-second mark.

Chang said he’d only had the car for three months when the vandalism occurred. He reported the incident to police, and posted the dash-cam video to YouTube, hoping it would lead to the culprit’s identity. He noted that sharing of footage of a similar incident in Colorado – also involving a Tesla Model 3 – led to the person in the video taking responsibility.

Chang said while he hopes for a similar outcome, he also wants to warn people that such crimes are occurring.

“I just wish the suspect won’t be doing this to others,” he said.

Surrey RCMP Const. Richard Wright confirmed police have the video and are “actively looking to identify the suspect” in Chang’s case. 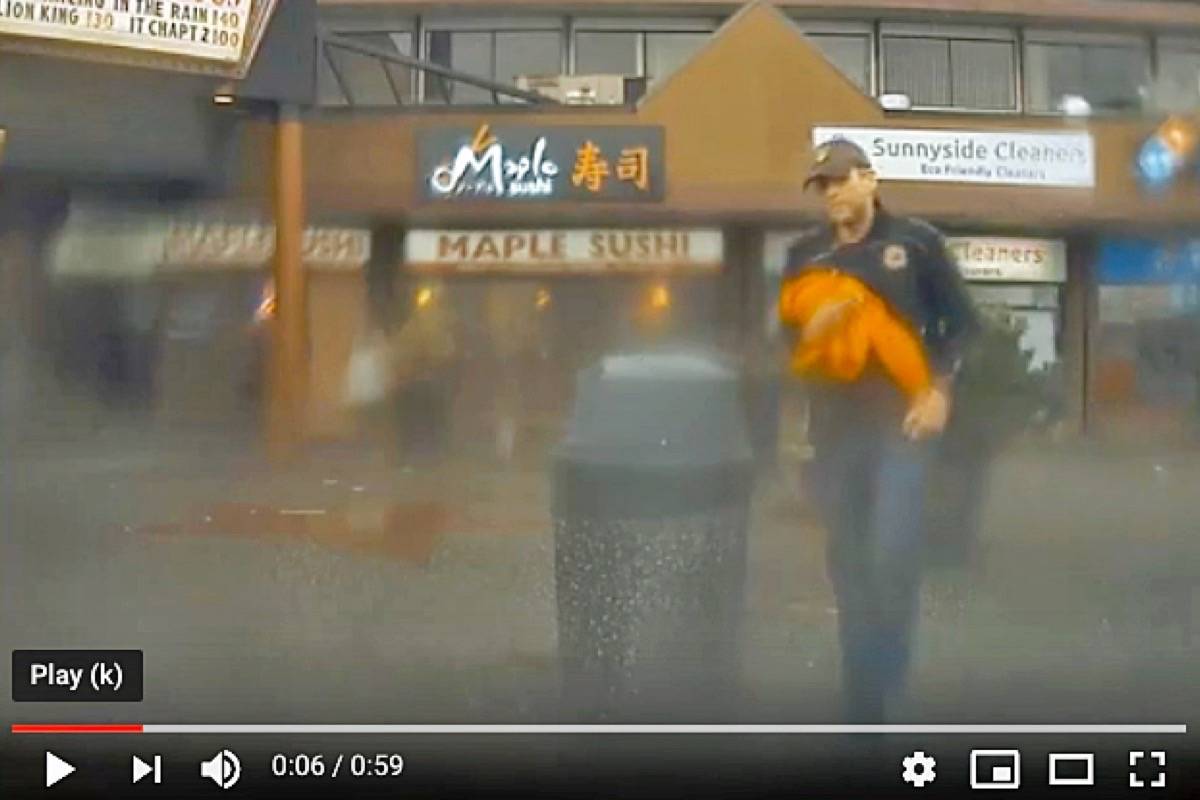 Police hope to identify this man, in connection with an investigation into the Sept. 15 vandalism of a Tesla in South Surrey. (YouTube screen-grab)